In Memory of Rev. Harry Ryan 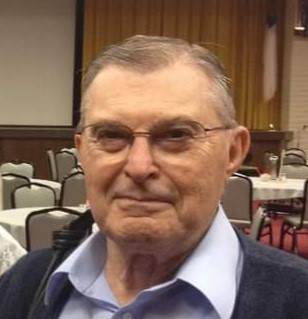 Rev. Harry Ryan was a retired elder in the Desert Southwest Conference. He was born in September of 1931 in Malta, Montana and was the son of an Evangelical United Brethren minister. He later attended George Fox College and West Evangelical Seminary. He was admitted on trial in 1951. He attended school and later served the Pacific Northwest Annual Conference: Happy Valley; Oregon City; Bethel Community Bible Church. He became a member in full connection in 1959 and served at Beaver Methodist Church. In the North Illinois Conference of the Methodist Church, he served: Woodbine Center; Smithfield: Point Pleasant UMC. He transferred to the Southern California-Arizona Conference in 1969 and served: Eloy: First UMC; Phoenix: Desert West UMC; in the Pacific Southwest Conference at Phoenix: Desert West UMC; Phoenix: Christ UMC (Associate); in the Desert Southwest Conference at Paradise Valley: Paradise Valley UMC (Associate) and Phoenix: Bethel UMC. Rev. Ryan retired in 1997 and served at Sun City: Willowbrook UMC in 2002 before returning to retirement in 2003. He is survived by his wife Marlene.

Rev. Ryan knew about itinerancy from an early age moving from school to school throughout the state of Oregon to where his father was appointed at the time. He was first and foremost “a pastor”, one who cared for and looked over his flock. He was loved by everyone, as well as being a friend to those who knew him. Harry only saw good in everyone. He always had time for everyone.

A memorial service will be held at a later date.

Gifts in his memory can be sent to St. Jude’s Hospital for Children by clicking here.

We join our hearts together in grief, acknowledging our human loss. May God grant us grace, that in pain we may find comfort; in sorrow, hope; and in death, resurrection. With gratitude for the life and ministry of Rev. Harry Ryan, please hold his family and friends in prayer at this time.