In Memory of Mrs. Judith Bobbitt 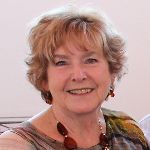 Mrs. Judith Bobbitt had a passion for public school elementary education and served as a teacher and principal in Tucson, AZ, Vista, CA, and Coolidge, AZ.  Judith served as the Superintendent of the Somerton Elementary School District in Somerton, Arizona where she oversaw the construction of three new elementary schools, along with many other school improvement projects.  She established and founded the South Yuma County Education Consortium, believing that we are all life-long learners she led the District to provide adult education. She served as the national chair for the Interstate Migrant Education Council and was a member of the Arizona Bar Association.  In 1998 she was named as the Arizona Superintendent of the Year for mid-sized school districts.  She retired from the Somerton District in 2006 and was recognized by a proclamation at the United States House of Representatives by the Honorable Raúl Grijalva. Judith served by her husband’s side in various ministry settings. She is survived by her husband, M. Douglas; stepson, siblings, numerous nieces and nephews; and countless former students, co-workers and friends who considered her family.

Memorial services will be held on:

Memorial gifts may be sent to Trinity United Methodist Church, 3030 S. 8th Avenue, Yuma, AZ 85364 and designated for the Judith Bobbitt Memorial Fund which will be used to provide educational opportunities in the city of Somerton where Judith served as the Superintendent of Schools.

We join our hearts together in grief, acknowledging our human loss. May God grant us grace, that in pain we may find comfort; in sorrow, hope; and in death, resurrection. With gratitude for the life and ministry of Mrs. Judith Bobbitt, please hold her family and friends in prayer at this time.